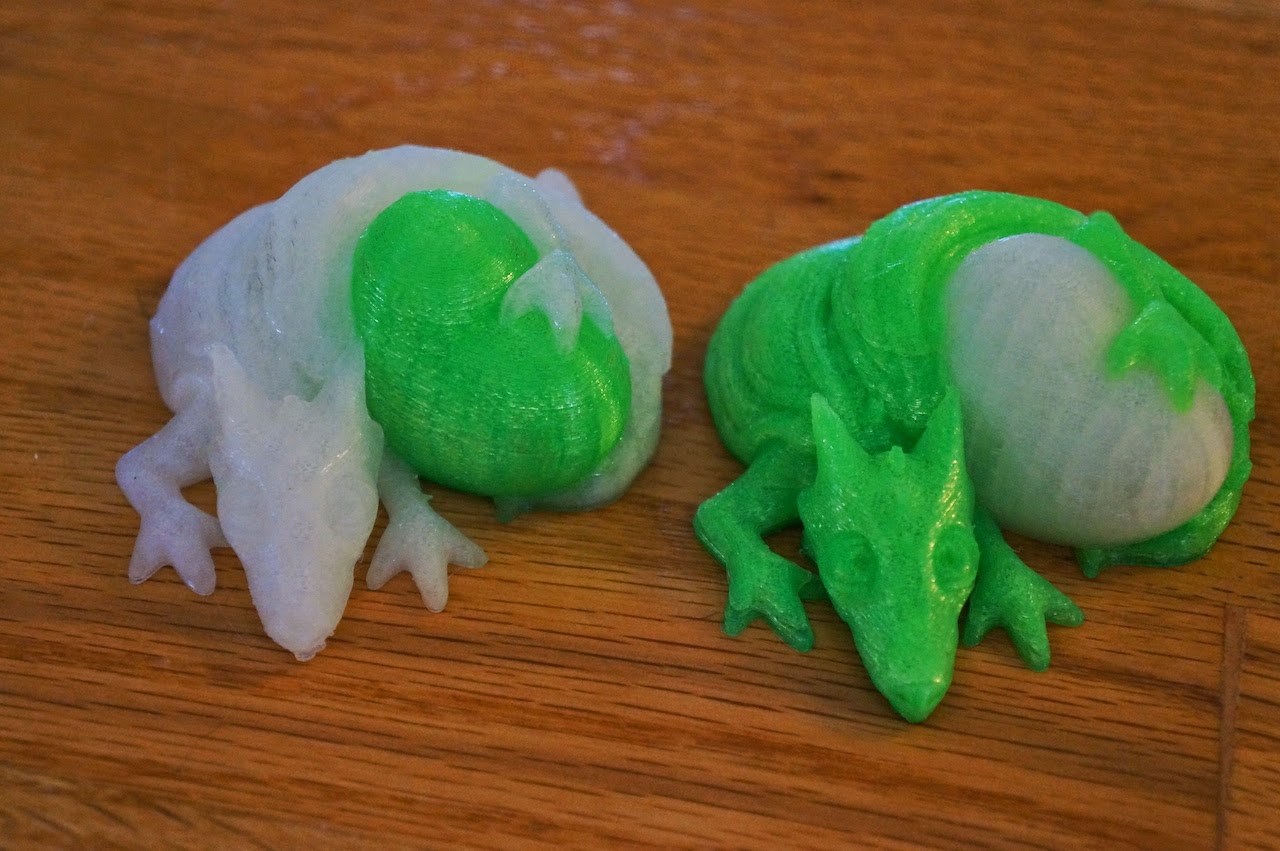 I bought a Kraken hot end a while back on a whim, I never really intended to run all four hot ends, but dual extruders have been something I've intended to try for a while now.

My primary use case for dual extruders has always been peel-able support, but I had no real success using ABS as support for PLA or vice-versa, the bond between the materials is just too weak. I did order some T-Glass being a PET derivative it might work with PLA, I'll post an update when I've had a chance to test it.

Having failed to get useful peel-able support I thought I'd try some multicolor printing, and as you can see from the image above it came out rather well.

While going through the process to obtain the prints above one thing that became very apparent was that support for multiple extruders really is still in it's infancy. Really the slicer needs to deal with a few issues, the first is priming the extruders after a layer change, both KissSlicer and Cura provide wipe towers to do this (though IMO Cura's solution is better), the second is providing some mechanism to deal with ooze from the hotend that isn't in use. It doesn't matter how much or how fast you retract the filament, at least a small amount will be left in the melt zone, ooze out and get wiped on the edges of the print. KissSlicer has no real answer for this, Cura provides what IMO is a really good solution to this in the guise of the "ooze guard", basically it's a shell about 2mm out from the edge of the print, as the unused extruder passes over it,  it loses the plastic it's oozing. 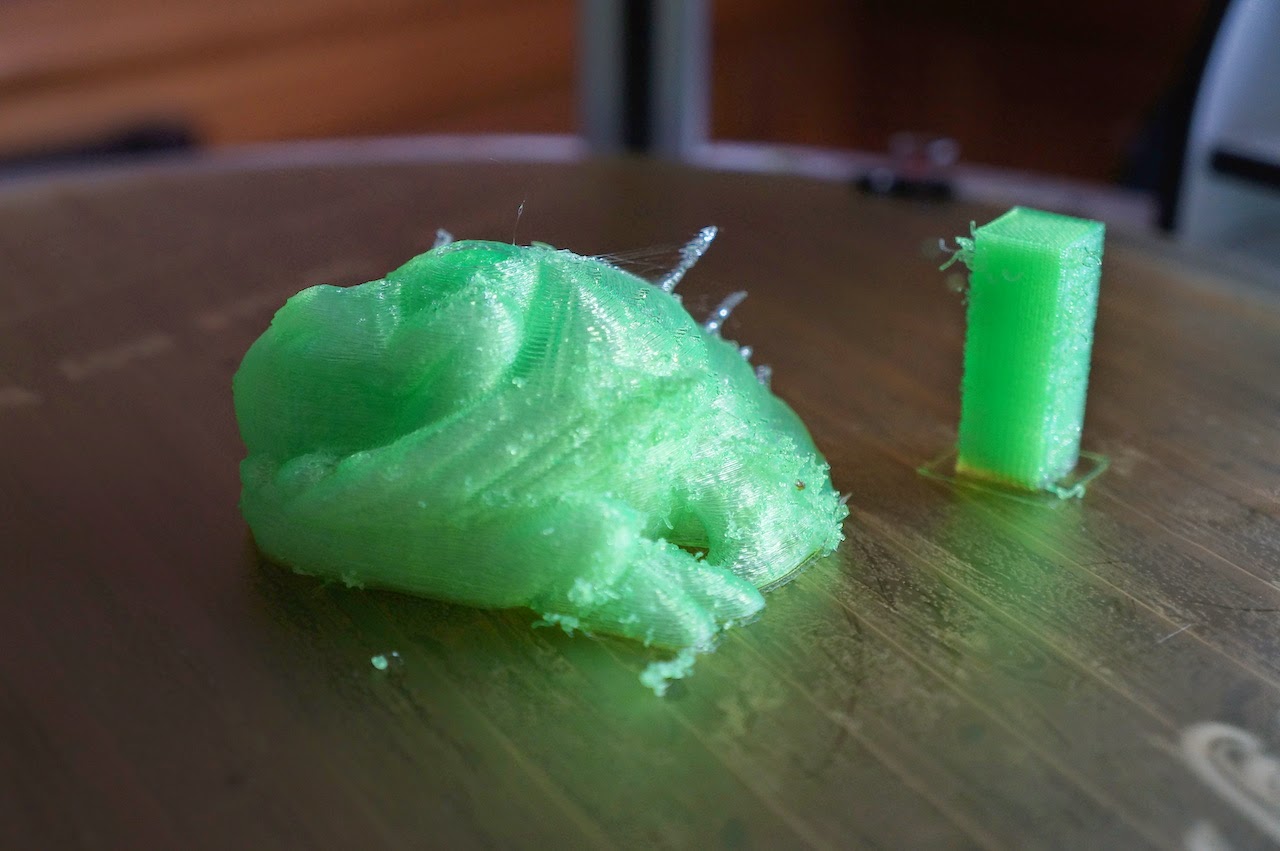 You can see above what the print looks like when finished including all the oozed filament wiped on the outside of the shell. 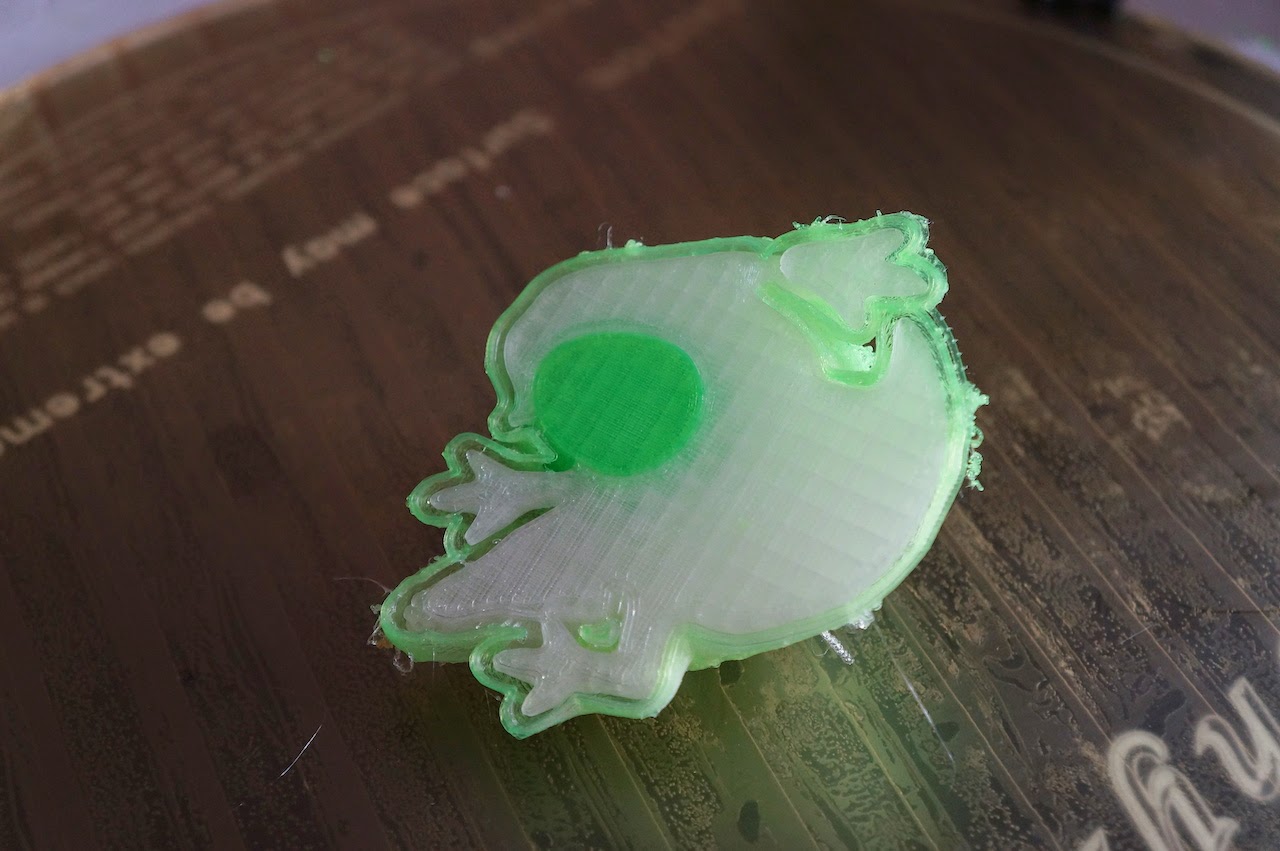 This is the print removed from the bed, you can see the gap between the shell and the print, it's painless to remove the shell since it doesn't actually touch the print.

I also bought a copy of Simplify3D to play with, right now it's dual extruder support is incredibly basic, no support for a wipe tower and no mechanism to deal with the ooze, somewhat disappointing for a $140 product. There is also a new KissSlicer Beta with supposedly improved multi extruder handling that I have yet to try.

If I get a chance after I've used it for more than a couple of prints I'll write up a review of Simplify3D.